Down a dusty, flat road in rural Johnston County, Soilworks owner Laura Buchanan waves in the driver of a truck carrying about 15 tons of dirt soaked with gasoline and other petroleum products coming from the new Citrix building site in downtown Raleigh.

She also is packing a .45-caliber pistol, just in case something goes wrong.

Her business can sometimes be dangerous — but it is always dirty.

In reality, Buchanan’s business is the by-product of the Triangle’s relentless growth. In order for companies such as Citrix and others to build and create jobs, new structures often require moving dirt — a situation that presents inherent problems for builders and property owners — in the form of contaminated and often toxic land.

The contaminated dirt at Citrix was from decades of industrial manufacturing and warehousing that occupied the site before Raleigh’s downtown Warehouse District became the hipster place it is now for restaurants, bars and tech companies.

And there are dozens more contaminated sites, known as brownfields, around the Triangle.

Most of the contamination is due to gasoline, diesel or other petroleum products that seeped into the ground over years of use. The petroleum isn’t really a problem for the environment until it reaches a water source, says Bob Borden, an N.C. State University environmental engineering researcher and professor, and groundwater cleanup is far more complicated. So when contaminated soil is found on a building site, it must be cleaned or moved some place where it can be remediated.

Land farms like Buchanan’s 125-acre Soilworks site near Selma and others like it have carved out a niche in a burgeoning environmental cleanup industry.

There are 26 active and non-active soil remediation sites across North Carolina that are permitted by the state Department of Environment and Natural Resources’ division of waste management to accept petroleum-contaminated soil for storage and remediation.

Only two of those soil remediation sites are in the Triangle region: Soilworks in Selma and a bioremediation facility operated by Earthtec Environmental Inc. in Sanford, owned by Sanford native Scott Keller. Keller claims to have the first “permanent” soil remediation site in the state and the only facility to use a bioremediation process using tarps over the dirt to generate heat and white root rot, a fungus that can kill plants but can also speed the breakdown of hydrocarbons in the petroleum.

“We’ve been doing this since 1990, … and it’s just using mother nature to treat these contaminants,” he says.

Earthtec’s process is a little more expensive than the traditional land farming methods, he says, but faster and more effective, with most dirt rows measured at below-minimum contamination standard levels within 30 to 90 days.

At a traditional land farm like Buchanan’s, workers spread the contaminated dirt with a tractor across a field and create a compost using lime that is regularly tilled to stimulate natural bacteria and microbes. Depending on the concentration of petroleum, that cleanup process can take between six and nine months.

“We all eat food, breath in air, exhale carbon dioxide and release energy. Bacteria do the same thing. They like to eat gasoline, but the key thing is they need oxygen, and there isn’t much oxygen deep in soil.”

After the treated soil has been tested and measured, some land farms in the state may resell the soil as fill dirt for construction projects, but both Buchanan and Kelly say they’ve refused to resell their dirt due to future liability concerns.

“We’re already taking the responsibility from the generators,” Buchanan says.

Soilworks charges a flat fee of $10 for each ton of dirt that is delivered and it has a capacity for about 30,000 tons of contaminated soil in active clean-up mode at one time.

Keller wouldn’t disclose Earthtec’s per-ton fee, except to say it’s in the “teens.”

Most land farms in the state charge between $10 and $15 per ton and claim ownership and any liability related to the contamination once the dump truck delivery is accepted.

And so far, state regulators have found no serious violation at any soil remediation site in the state, says Cathy Akroyd, spokeswoman for DENR.

“No notices of violation have been issued in the last few years, just occasional housekeeping issues,” she says.

“It’s up to the inspectors’ discretion, depending on the circumstances of the site,” she says.

Akroyd acknowledges that DENR relies on the farms’ self-monitoring.

“There is an annual report where the permittee gives us a year-long report of the source and quantity of soil that they receive during the calendar year.”

In recent years, North Carolina has cut funding for enforcement of environmental regulations. James Brown, a hydrogeologist with DENR’s underground storage tank division office in Fayetteville, says he typically will inspect about once a year the two land farm sites he’s been assigned, including Soilworks in Johnston County.

“What we are most concerned about is whether there is any run-off from the property, so they are also required to keep monitoring wells,” Brown says.

Buchanan says she keeps no secrets about the contaminants that are being brought onto her property.

“Oh, our neighbors have known for years, but we’ve got hundreds of acres around us and nobody really cares,” she says. “We are out in the country.”

Future of the business

It’s likely that the services provided by land farms like Soilworks and Earthtec will be needed for many years to come.

There are an estimated 450,000 brownfield sites in the U.S. that will require remediation before the property can be safely be redeveloped.

In North Carolina, about 450 sites are operating under current or pending “land use restriction” agreements with the DENR, meaning that contaminants have been identified and the owner is putting together a plan for cleanup.

Joe Beaman, a Raleigh geologist and president of Highlands Environmental Solutions, the company hired to manage the contamination cleanup at the Citrix site, says the costs and complexity of cleanup at a brownfield site depends on the severity of the contamination and types of chemicals found.

Remediation of a property polluted with chemical solvents used for dry cleaning, for example, can be more expensive than petroleum contamination, because the process for breaking down the chemical is more complex.

At the Citrix site, he says, workers found an underground storage tank for a gas station that used to operate nearby and they found remnants of steel metals used at the old foundry, “but the levels weren’t outrageously high,” Beaman says.

Construction crews were temporarily delayed when contaminants were detected in the stormwater flowing through the Citrix site, but Beaman says they were able to save the owners about $2 million in the cost of trucking the water off-site by building a temporary silo to store the water in until the metal contaminants could settle and the water could be safely pumped through the city’s sewer system.

“Sometimes when you are managing a brownfield site, you have to think outside the box,” he says.

Highlands Environmental Solutions, Inc. is available to assist with emergency response and general environmental compliance. We are ready to respond should an environmental incident occur. Contact us at 1-855-437-3278 or info@hesnc.com.

Introduction Hurricanes have major impacts on human life, and they also have a

Major Influences on the Continued Increase in Endangered Species

Introduction Over the past years, the rate of which animals are going extinct 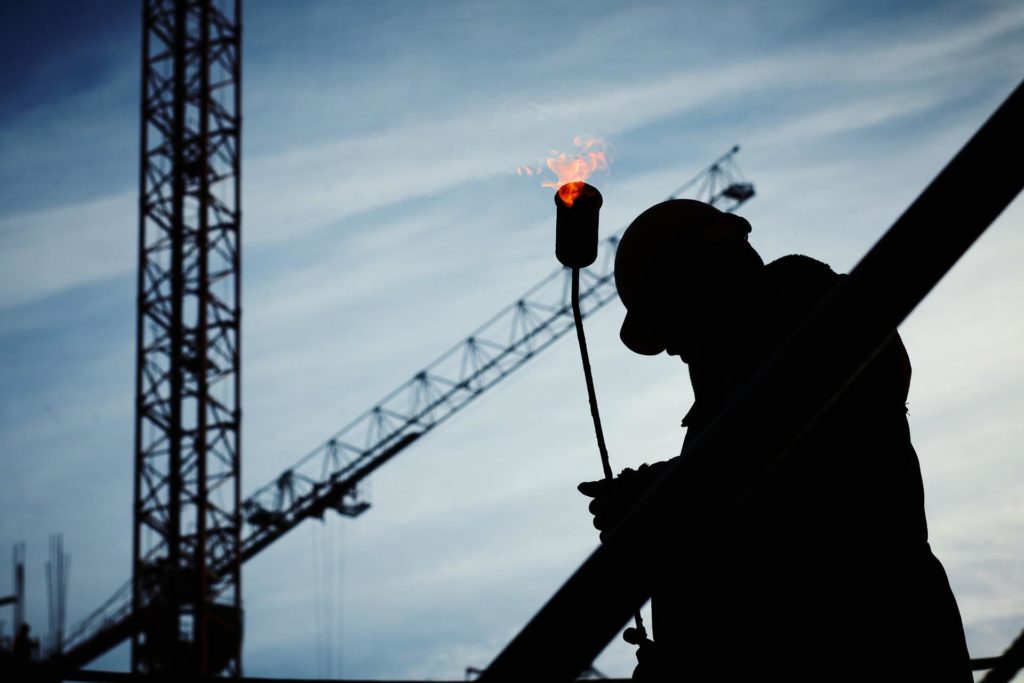 We offer quality services with the best possible performance and have developed a strong reputation for efficiency and reliability. With the client in focus, we guarantee a professional and competent response from our highly qualified staff.